Many people have expressed interest in creating film projects.  What I have noticed is that many do not know the process.  This document will give you a simple breakdown of the Film Making process.

The film process has 5 stages;

1.  Development: The first stage in which the ideas for the film are created, rights to books/plays are bought etc., and the 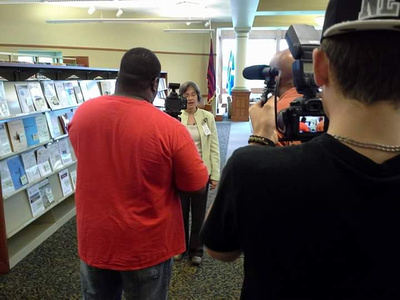 screenplay is written. Financing for the project has to be sought and obtained.

2. Pre-production: Arrangements and preparations are made for the shoot, such as hiring cast and film crew, selecting locations and constructing sets.

3. Production: The raw footage and other elements for the film are recorded during the film shoot.

4.  Post-production: The images, sound, and visual effects of the recorded film are edited and combined into a finished product.

5. Distribution: The completed film is distributed, marketed, and screened in cinemas and/or released to home video.

In pre-production, every step of actually creating the film is carefully designed and planned. This is the phase where one would narrow down all the options of the production. It is where all the planning takes place before the camera rolls and sets the overall vision of the project.  A production budget is drawn up to plan expenditures for the film. Pre-production also includes working out the shoot location and casting process.  Because we are a small production, our crew is as follows; 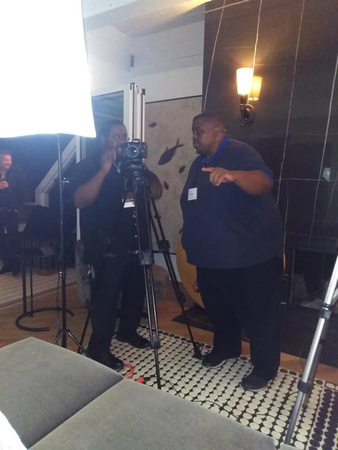 (We say 2 or 3 max depending on the production)

In production, the film is created and shot. In this phase it is key to keep planning ahead of the daily shoot. The primary aim is to stick to the budget and schedule, this requires constant vigilance.  Time is money so its important to stick to schedule.

This stage starts when principal film production ends, but they may overlap. The bulk of post-production consists of reviewing the footage and assembling the movie and taking it to the next step that is editing. Here the video/film is assembled by the film editor. The shot film material is edited. The production sound (dialogue) is also edited; music tracks and songs are composed and recorded if a film is sought to have a score; sound effects are designed and recorded and any computer-graphic visual effects are digitally added by an artist.

This is the final stage where the film is released to cinemas or, occasionally, directly to consumer media (VHS, DVD, Blu-ray) or direct download from a digital media provider. The film is duplicated as required (either onto film or hard disk drives) and distributed to cinemas for exhibition (screening). Press kits, posters, and other advertising materials are published, and the film is advertised and promoted. A B-roll clip may be released to the press based on raw footage shot for a "making of" documentary, which may include making-of clips as well as on-set interviews.

So as you can see there is a lot that goes into the process of film making. So set back and enjoy the process.